His brother wanted to have a cat.

Instead of it he receive a hermit crab.

So he name him Fluffy.

Fluffy was happy, living his life like every other normal hermit crab,

But one day, he stopped moving,

Maybe he was sleeping.

A week of sleep is that normal for crab ?

The family decided to buried him with respect in their own garden.

Without fluffy nothing looked the same.

But Fluffy was still in everyone’s heart.

The days pass, and life started to take his rythm again.

One day, a normal day, in the kitchen, cooking, talking together,

They heard a sound, something was scratching at the door.

His mom decided to open, but nothing, no one.

This was the short story of Fluffy the Jesus Crab. 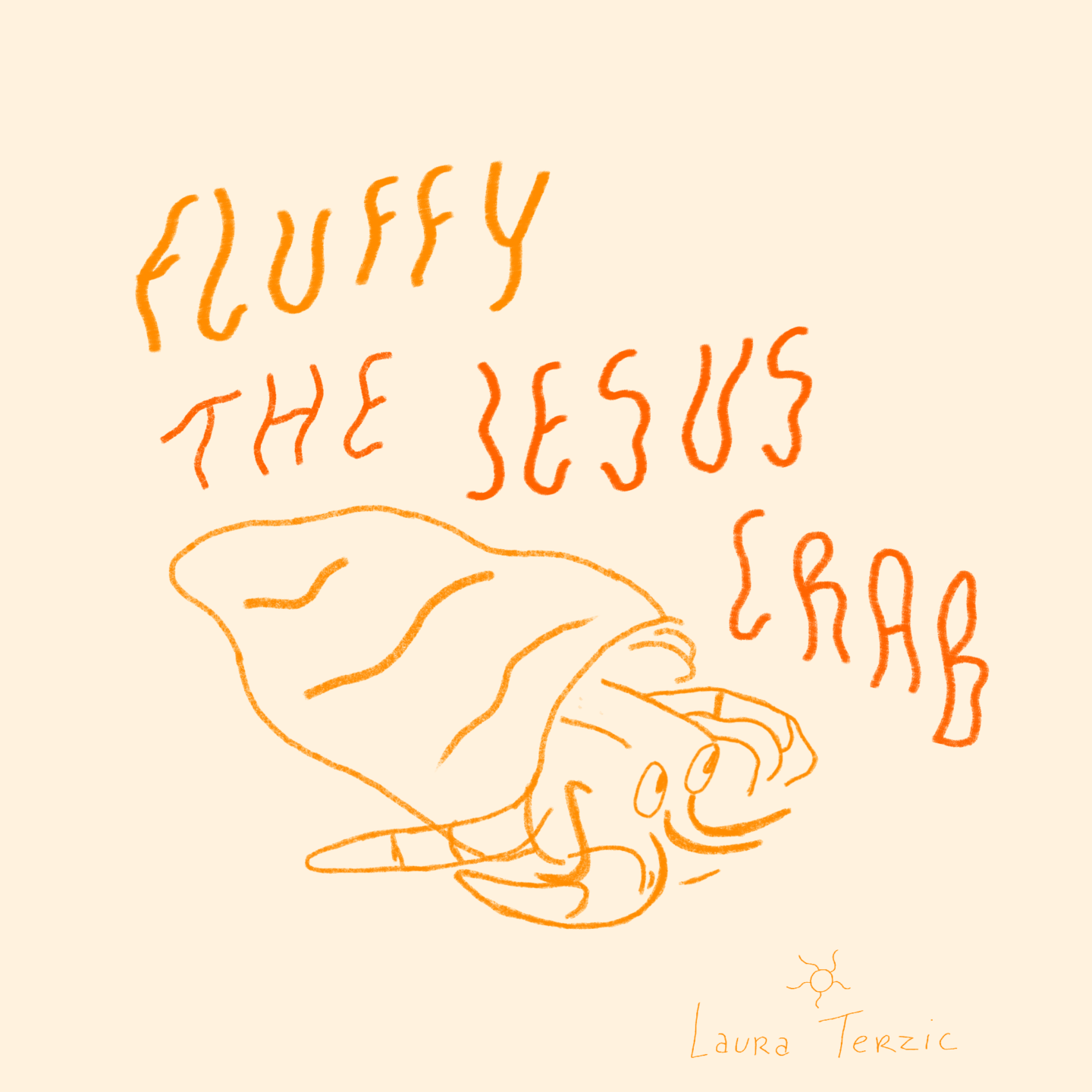